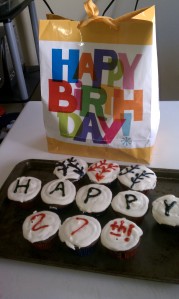 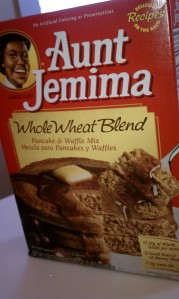 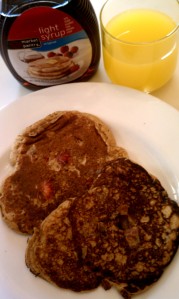 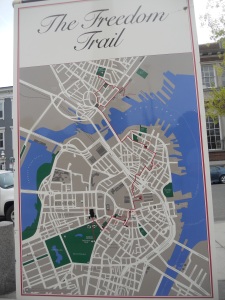 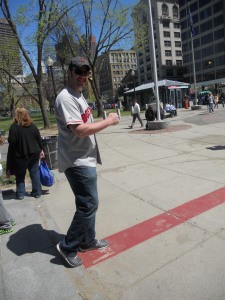 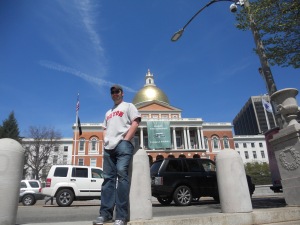 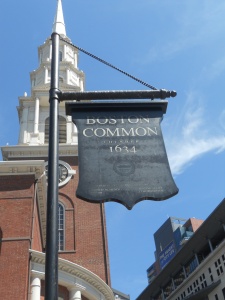 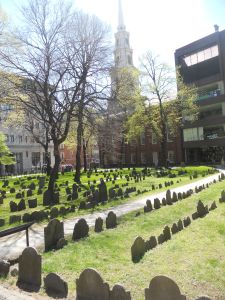 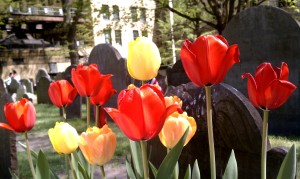 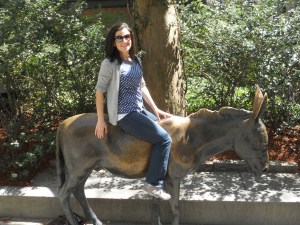 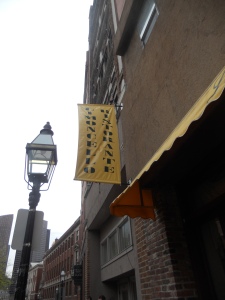 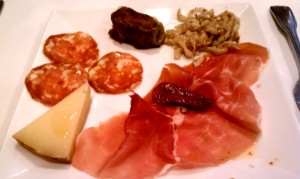 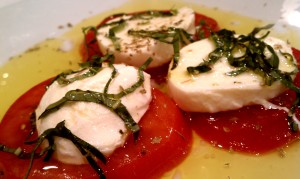 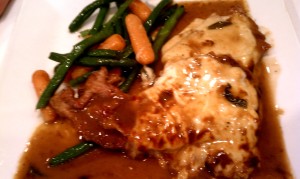 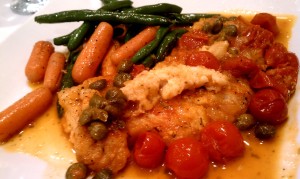 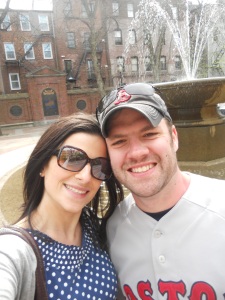 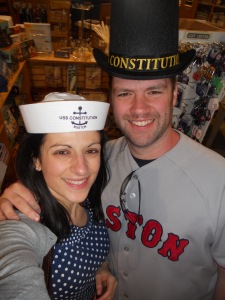 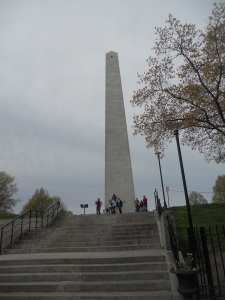 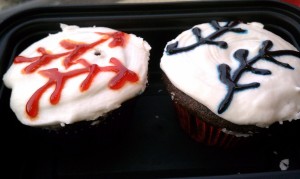 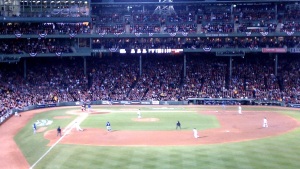 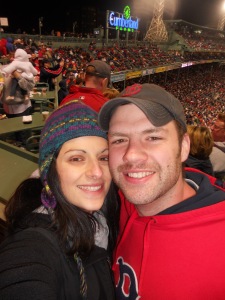 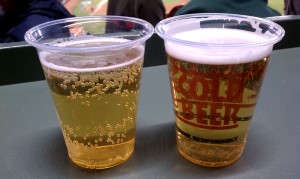 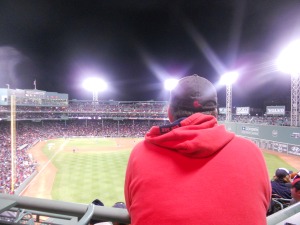 …slept in to an impressive 8am!!

…walked ALL over the city, mainly along The Freedom Trail.  That was our physical activity for the day – the trail itself is 2.5 miles long, nevermind all the random little detours we took when I would get distracted by something and the walking to and from the trains.  Oh, that also doesn’t include going up and down the 294 steps of the Bunker Hill Monument.  I was panting by the end of those!

…indulged during a fun lunch in the North End at Ristorante Limoncello.  I ordered a Caprese Salad and the Haddock Puttanesca, and Tim got the Antipasto and Veal Saltimbocca.  Oh and I forgot to mention the loaf of bread I think we also ate?

…also indulged in homemade birthday cupcakes that I whipped up as part of Tim’s present.  Recipe coming soon!

…went to the Red Sox game at night, the other part of Tim’s present.  Even though we lost, we had a ton of fun!  Enjoyed a couple of beers and ate some gross Fenway food.  Seriously.  I got a slice of pizza that left me feeling gross, and some mock nachos.  Neither of which were even close to being worth it.  But the cupcakes were.  Why I didn’t go with a Fenway Frank is beyond me.  Oof.  #baddecisions

Was a great little day, and MUCH needed day off!!

When’s the last time you had a “day of fun?”

Hope everyone’s enjoying their night!  I’m hitting the hay early tonight — I barely got any sleep last night, and I’m subbing the 6am spin class in the morning.  See some of you then?!

Here’s a new recipe for you guys.  Tim made this delish little appetizer to bring to Easter dinner on Sunday. 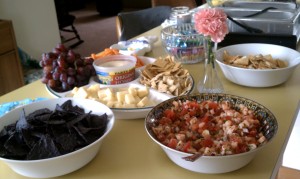 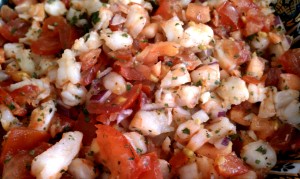 Not too bad, until you eat way too many chips with it!  Oops! 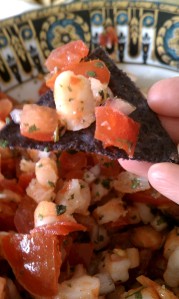 Low-carb version?  Eat by itself with a spoon — it’s flavorful enough to do so!

If you guys are looking for more healthy salsa recipes, check out some of these past Fitness & Feta salsa faves:

Today = 6am Circuit Training, work, and Wellcoaches class tonight, but I’m hoping to be back later with a recap of Tim’s birthday day of fun yesterday.  We had a wonderful day!

Have a great Thursday, everyone 🙂 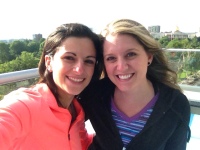