Last Sunday, I met up with my friend Erin for lunch at Seasons 52 in Burlington. We spent a few hours catching up on life while enjoying a delicious lunch. We started by splitting a plum tomato flatbread, which is always a go-to of mine at this restaurant.

We each had a glass of wine, but I ordered the lemongrass salmon salad while Erin ordered the chicken caprese sandwich. 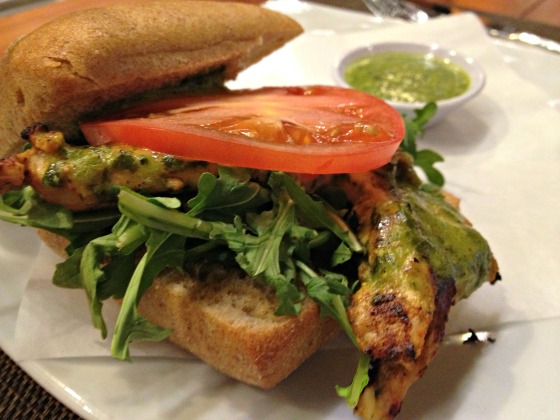 We finished our lunch off with dessert. One of my favorite things about Seasons 52 is their “mini indulgence” concept. Sometimes all I want is a couple of bites of dessert, not a ginormous dish of it. I ordered the pumpkin pie, and Erin got chocolate and peanut butter. Yum!

Since Erin and I were at lunch for a while, and I stopped by Tim’s sister’s apartment on the way home (which included some cheese and crackers), I felt too full to eat dinner.

On Monday my lunch was a throw together salad. It consisted of grilled chicken, chickpeas, cherry tomatoes, green peppers, and some crumbled feta over spinach. I was pretty much trying to use up leftovers.

Then dinner was a tried and true favorite, white bean and chard gnocchi.

On Monday Tim also spent a lot of time in the kitchen making his own chicken broth for the first time. He broke down chicken backs and everything to make a big chicken and veggie soup. This was my lunch on Tuesday, Wednesday, and Thursday. Thanks, boyfriend!

Dinner on Tuesday and Wednesday was meatless, as we made chickpea burgers and topped them with melted cheese and some greens.

On Thursday I barely ate any lunch because I was running around all day for the health fair at work. I had a banana in the morning and a Kind bar later on. After the fair ended around 3:30, I scarfed down a half sandwich provided by our company’s catering staff. And then I indulged at night, which I felt I deserved after such a successful event! Tim and I got dinner at Bonefish Grill in Burlington, and everything was just great. I will be doing a restaurant review post on our experience soon, but I have nothing but rave reviews for the seafood! 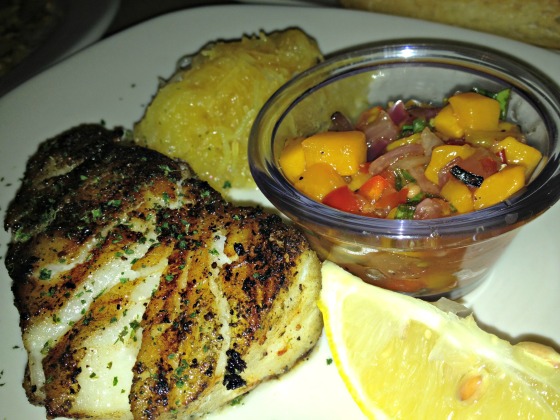 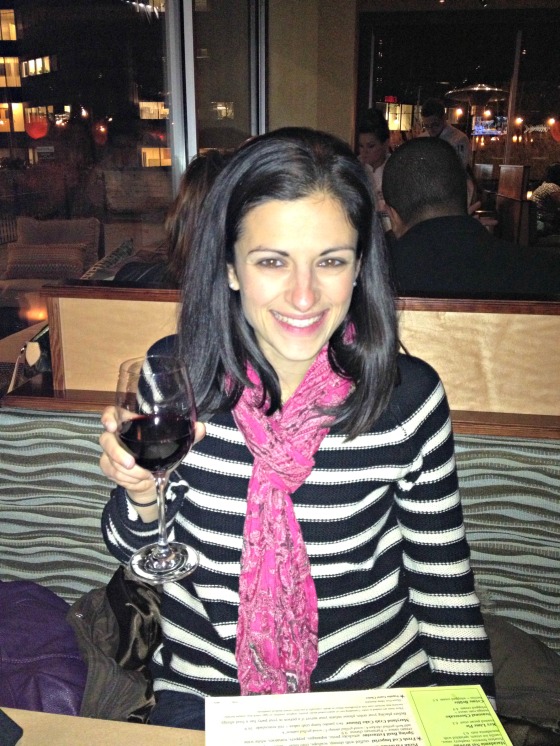 My meals were a little random over the weekend since I was at Mania for most of it. On Friday and Saturday I grabbed a quick Starbucks wrap at the hotel, on Friday night I had some jicama and shrimp salad, and on Saturday night I stopped in at my parents’ house on the way home from the convention and ate a burger and a side salad.

Last week I also made a batch of Lindsay’s pumpkin pie balls, and they turned out great! Perfect grab and go healthy snack, even if a few people on my Instagram thought they looked like meatballs!

Readers, let’s chat. Tell me about some recent eats or something on your plate this week. Anyone trying any new recipes?

6 thoughts on “Eats from the Past Week”