Last week I had tons of yummy eats while traveling for work with my co-worker, Ros.  For this trip, we were out in Minnesota about 20 minutes outside of Minneapolis.  Like I usually do on the first day on the road, Ros and I stopped at Target to stock up on snacks and breakfast to have on hand for the week!  I always ask for a fridge in my hotel room, and it definitely helps to have some healthier options to choose from instead of needing to use the vending machines.

Breakfast was always a quick grab and go, as I spent most of my early mornings in the gym instead of sitting down to leisurely eat.

On the first day we stopped at The General Store for lunch.  I got a turkey sandwich with a side salad.  It was so beautiful out, so we sat outside to get some sun before heading to the office.

For the majority of our other lunches, we found a natural foods store down the street from the office called Lakewinds.  I ordered a variety of their salads throughout the week.

The red pepper quinoa with broccoli and mushrooms… 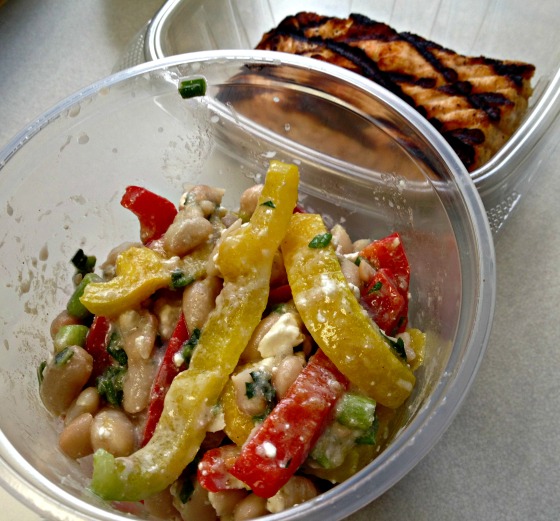 And a couscous, spinach, and feta salad too. 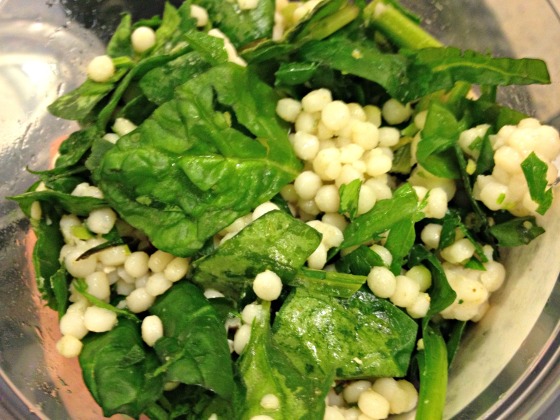 For lunch on Thursday, one of the groups was doing a “tailgating before the team-building” group lunch. Since I had splurged a bit on beers and apps the night before with my friend Sarah, I stuck with the salad, some deviled eggs, and some of my snacks that I brought with me. 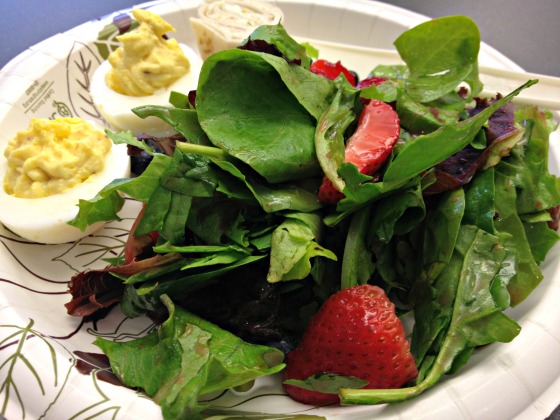 Finally, our dinners were awesome!

Monday we ate at a place called Wildfire.  I ordered a Greek salad, the lemon pepper wood oven chicken, and a side of their autumn Brussels sprouts.

Tuesday was my favorite meal of the week.  One of our co-workers recommended a place called Barrio in Edina.  It was uh-maze-ing.  I got a glass of sangria, munched on some chips and guacamole, and ordered the grilled shrimp entree for my meal.  The shrimp was marinated with garlic, ancho, and chipotle chile and they were served with quinoa, avocado, cucumber, and salsa.  So good!

On Wednesday I was so excited for dinner because I got to meet up with my friend Sarah from college!  Sarah and I danced on the Providence College Dance Company together, and she moved out to the Minnesota area about 9 months ago.  I couldn’t believe she was so close to my company’s office, but I was psyched to see her and catch up with a friendly face.  We could have talked ALL NIGHT about the things we’re doing and feeling so passionately about.  Dinner was at Maynard’s, and we split the bruschetta and I was boring and ordered a Cobb salad for my entrée. 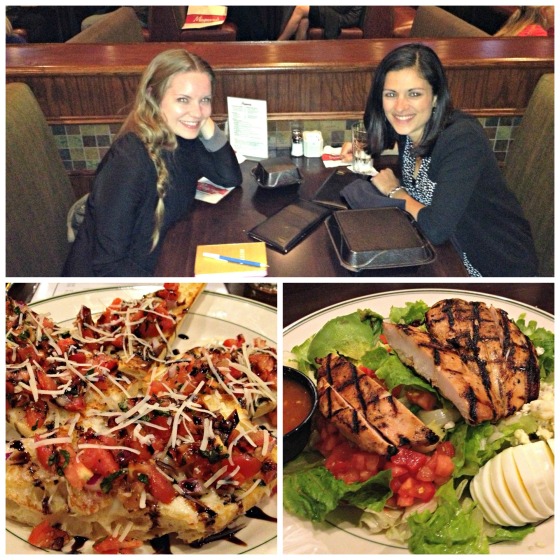 Finally, on the last night Ros and I tried a restaurant called Crave.  Another for the win meal.  I got a glass of white wine, a really yummy Caprese salad for an appetizer, and a flounder entrée with orzo and artichokes and guacamole. 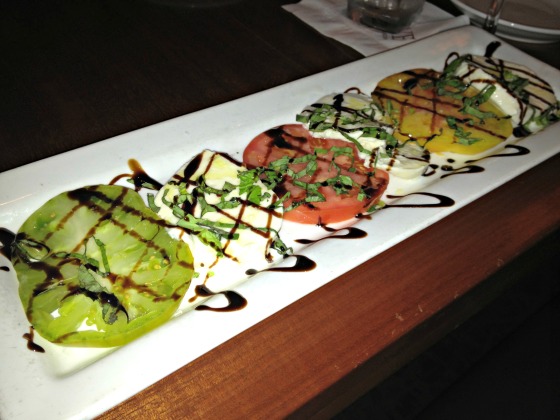 We certainly never go hungry while on the road!

Any readers live out in the Minnesota area?  Any recommendations for the next time I’ll be out that way?

P.S. To all my Fall Into Fitness readers, keep at this week!  You guys are doing great!